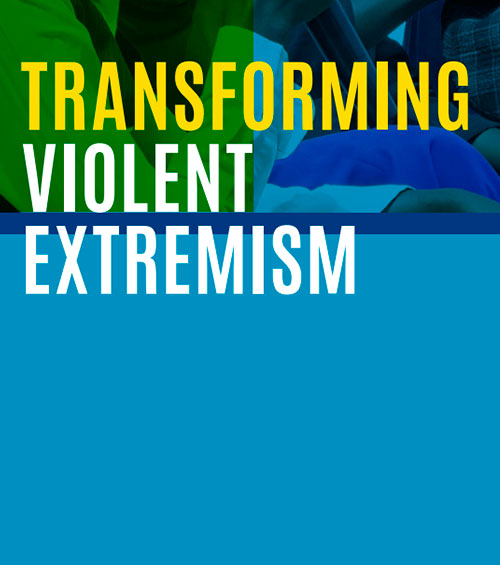 Over the last 15-20 years, we have seen many predominantly-military approaches used to address symptoms, rather than the drivers, of violent extremism. In many cases, these actions have aggravated tensions and triggered more support for violent extremism, such as when they led to human rights abuses or stigmatizing an entire identity group based on the actions of a small fraction of their members. These actions can further augment the appeal of violent extremist movements by justifying their own narrative of grievances and power relations.

There is an opportunity to reframe the challenge of countering violent extremism (CVE). Drawing from the tools and tactics from peacebuilding, state and non-state actors can be equipped to (1) understand the dynamics which foment violent extremism, (2) identify a set of tools and approaches that prevent those dynamics from giving rise to violent extremism; and (3) ensure that responses do not aggravate and radicalize affected communities even further.

Search for Common Ground has recently published a guide(link is external)which has drawn on three decades of experience in transforming violent conflict in communities plagued by many of the same dynamics underlying violent extremism: frustration with weak, corrupt, or illegitimate governance, marginalization, fractured relationships, lack of voice and opportunity, and struggles with diversity.

Lena is the Vice President of Programs for Search for Common Ground. For the past 26 years she has worked for peace and social change across the world, with a particular focus on Africa where she lived and worked for 21 years. With 15 years of experience as Search, she now supports Search’s work around the world, frequently leading training on media, creative peace building and Common Ground facilitation. She oversees Search’s Institutional Learning Team, Children & Youth division, and the regional teams in Asia, Africa and the Middle East. Lena has pioneered Search’s security sector reform work in the DR Congo with the Congolese army and police, produced an award-winning documentary about Burundi’s ‘Heroes’, and has innovated creative peacebuilding tools including reality TV, radio game shows and participatory theatre. Building on insights from Search’s programming, she has guided Search’s teams in designing and implementing programs to transform violent extremism. Lena is a graduate of Stanford University, was a fellow at Brandeis University and is an alumni of the THNK Creative Leadership School in Amsterdam. She is fluent in English, French, and Zulu and has working knowledge of Swahili, Lingala, and Kirundi.